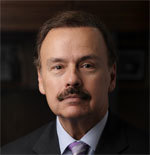 Professor Jimmy Gurulé was recently elected as a Fellow of the National Academy of Public Administration (NAPA). The Academy has been awarded a grant by the World Bank Group to evaluate the effectiveness of the Stolen Asset Recovery (StAR) initiative. Professor Gurulé was selected to serve on the panel of experts that will conduct the evaluation and submit a report to the World Bank Group and the United Nations Office on Drugs and Crime (UNDOC).

The StAR program was launched in late 2007 as a joint initiative of the World Bank Group and UNODC. The objective of the StAR initiative is to facilitate a more systematic and timely return of assets that have been stolen by political leaders through acts of corruption. StAR emphasizes that developed and developing countries share a joint responsibility in tackling corruption, and that international collaboration and collective action are needed to identify stolen assets and facilitate asset recovery. 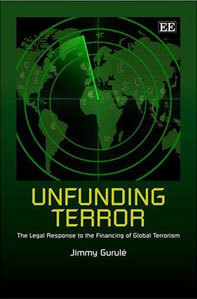 In April 17, 2006, a Palestinian Islamic Jihad (PIJ) suicide bomber allegedly attacked a restaurant in Tel Aviv, killing Daniel Wultz and severely injuring his father. In the wake of the bombing, the Wultz’s estate and family members brought suit against several defendants, including the Bank of China (BOC). The BOC is charged with providing financial services to the PIJ. Millions of dollars were allegedly transferred into BOC accounts owned by officers and agents of the PIJ. The transfers were purportedly executed by and through BOC’s branches in the United States and used “for the purpose of planning, preparing for and executing terrorist attacks.” The transfer of funds allegedly continued even after Israel notified the People’s Republic of China and demanded that China force the BOC to cease any further transfers.