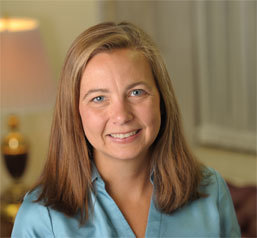 Tonight, from 5:30-7 p.m. at the Notre Dame Hammes Bookstore, Notre Dame Professor of Law Nicole Garnett will speak about her new book, Ordering the City: Land Use, Policing and the Restoration of Urban America (Yale University Press, 2009).

The book tackles the often-overlooked connections between urban land use and policing policies. Importantly, Professor Garnett’s book explores how the concept of urban disorder shapes urban policy. She does so by examining how cities construct and maintain order and suppress disorder through both land use and policing policies, by evaluating the effectiveness of property regulation policies and policing techniques in making urban neighborhoods safer and more vital, and by highlighting the risk that too much focus on the problem of “disorder” in cities may drain them of needed energy and vitality.

“The intersections and conflicts between the ideas of “order” and “disorder” in urban policy are as many, varied, and complex as the cities where they are played out,” says Garnett. “A humble and honest effort to understand them, however, forms the foundation of the kinds of urban policies that I believe can transform our cities into healthy, vibrant, and orderly places to make our lives.”

In her book, Garnett provides several case studies, including “the ambitious plan of the Chicago Housing Authority to demolish all of the city’s notorious high-rise public housing projects and replace them with low-rise, mixed-income private developments.” The example highlights the failure of the order construction model in post-war Chicago—which ultimately led to concentrated disorder and crime—and the move toward “a neighborhood-redevelopment strategy that aims to reorder and renew poor urban neighborhoods by saving them from the ravages of disorder-plagued public housing.”

Garnett is the author of numerous articles on property, land use, urban development, local government law, and education. She is currently working on a major empirical research project with Notre Dame Professor of Law Peg Brinig examining the effects of Catholic school closures on urban neighborhoods. Garnett also is a Fellow of the Institute for Educational Initiatives and, from 2008-2010, a Provost Fellow at Notre Dame.