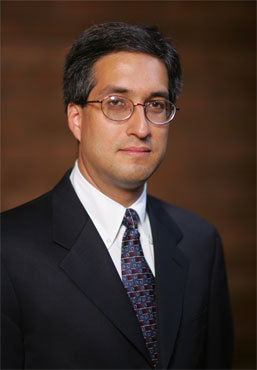 The oral argument before the Supreme Court today (Sept. 9, 2009) in Citizens United v. FEC raised the hopes of free speech advocates while dimming the prospects for campaign finance law supporters. A clearly divided Court closely questioned the advocates for both sides, but two of the three Justices who hold the balance in this debate expressed skepticism about the Court’s long-standing precedents permitting the government to prohibit corporations from spending money on election communications. “A majority of the Court now appears to believe that to prohibit anyone – individual or corporation – from independently spending money on election communications violates the First Amendment,” explains Notre Dame Associate Professor of Law Lloyd Hitoshi Mayer.

Many observers originally thought the Court would resolve this case on relatively narrow grounds. Such grounds could have been a finding that the movie was not the functional equivalent of express advocacy or an expansion of the existing constitutional exception for nonprofit corporations to include nonprofits that receive most but not all of their financial support from individuals. After the original oral argument, where the government asserted that Congress had the authority to bar corporations from paying even for books that contained express advocacy, the Court raised the stakes in the case. It issued an order scheduling re-argument and directing the parties to file new briefs addressing the question of whether it should overturn its precedents in which it that had upheld Congress’ authority to prohibit corporations from paying for election communications.

Mayer observed that if the Court does overturn these precedents, its decision may only be the start of a wholesale rollback of laws prohibiting corporate involvement in elections. Also vulnerable would be the prohibitions on corporate contributions to PACs, to national political parties, and even to candidates themselves. “If the First Amendment protects corporate speech the same as individual speech, there does not appear to be a sound rationale for upholding campaign finance laws that treat corporations differently from individuals,” says Mayer. “So if individuals have a right to give to PACs, to national political parties, and to candidates, at least up to certain limits, so do corporations. We should know before the 2010 primary elections whether the Court is willing to start the country down this path.”