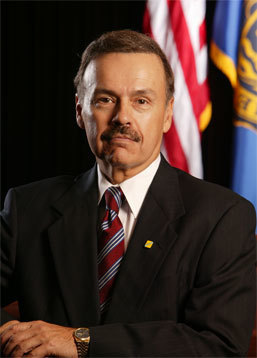 Notre Dame Law School Professor Jimmy Gurulé will deliver a talk to the National Strategy Forum (NSF) in Chicago on Thursday, Sept. 11, 2008, the 7th anniversary of the terrorist attacks on the United States. The NSF is a non-profit, non-partisan research institute that examines issues and trends affecting U.S. national strategy and security. The NSF has, over the years, hosted numerous notable speakers, including President Ronald Reagan and General Colin Powell.

Gurulé’s talk will focus on how to stem the flow of money to terrorist organizations. He has just completed a book on the subject called “Unfunding Terror: The Legal Response to the Financing of Global Terrorism.”

Immediately following 9-11, the United Nations developed an international legal framework to deprive Al Qaeda of funding. “Unfortunately, that sense of urgency has been diluted… it no longer exists,” says Gurulé. “The reality is that the Sanctions Committee of the U.N. is no longer freezing terrorist funds,” he adds, stating that the reasons for the failure vary from nation to nation. “Some countries find it cumbersome, and others may not see the value of the terrorist-designation process anymore. But the duty to freeze the assets of terrorists is not a discretionary one. It is required by U.N. Security Council resolution, which has the effect of international law,” he explains.
Former U.S. Congressman and member of the 9-11 Commission Timothy Roemer is familiar with the importance of bankrupting terrorists, and says Gurulé’s experience and success in that effort is outstanding. “As Undersecretary of the Treasury for Enforcement, [Gurulé] spearheaded the fight against al-Qaeda’s global bank accounts, helping to earn the highest grade awarded on the 9-11 Commissioners’ report card.”

To learn more about the NSF, visit www.nationalstrategy.com