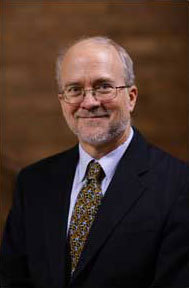 In an age when courts pay scant heed to most academic legal writing, a cutting edge decision by the prestigious federal district court for the Southern District of New York relies on Notre Dame Professor of Law Doug Cassel’s article, Corporate Aiding and Abetting of Human Rights Violations: Confusion in the Courts, 6 NW. U. J. INT’L HUM. RTS. 304 (2008).

In re South African Apartheid Litigation involves a suit under the Alien Tort Statute by victims of apartheid-era human rights violations against multinational corporations alleged to have aided and abetted the wrongs. The case is on remand from a 2007 ruling of the Court of Appeals, which could not agree on the mens rea standard for aiding and abetting. Last year the Supreme Court could not muster a quorum to hear the case, because several justices own stock in the defendant corporations.

Professor Cassel’s article argues that under international law it suffices that the aider and abetter has knowledge that his assistance will be used for unlawful purposes; there is no need to prove, as the defendants contend, a purpose to facilitate wrongful conduct. Referring to Cassel’s article as the work of a “prominent scholar,” the court agreed. Proceedings continue in the district court. In May the court declined to certify an interlocutory appeal from its ruling or to stay the ruling pending appeal.