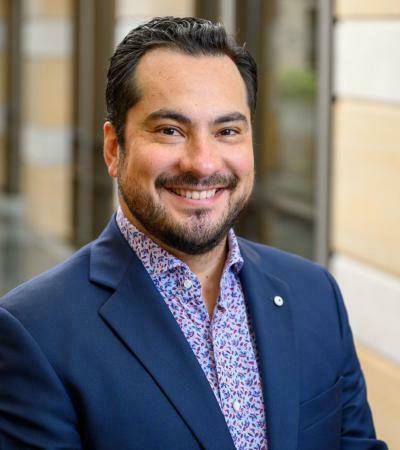 Pier Paolo Pigozzi ’10 LL.M., ’20 J.S.D. was interviewed August 20 by Paraguay’s PDS Radio about a recent lecture on corruption and conflicts of interest.

Pigozzi, who is a law professor at Universidad Finis Terrae in Chile, was one of several online presenters last week lecturing for the Rule of Law and Culture of Integrity Workshop Series, which was developed by the Kellogg Institute for International Studies in collaboration with the Pulte Institute for Global Development and the American Bar Association Rule of Law Initiative.

The four-week series provided advanced instruction via Zoom on a range of rule of law topics to the Paraguayan legal community.

The series was hosted as part of the Rule of Law and Culture of Integrity (ROLCI) program. Funded by the U.S. Agency for International Development and implemented by Instituto Desarrollo, ROLCI is designed to strengthen the role of Paraguayan higher education institutions to improve the rule of law and culture of anti-corruption in Paraguay. The multi-year program was awarded to the University of Notre Dame in 2020 and is managed by the Pulte Institute for Global Development, part of the Keough School of Global Affairs.