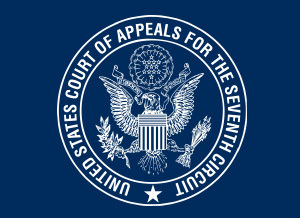 The United States Court of Appeals for the Seventh Circuit will hold oral arguments at the University of Notre Dame Law School on Monday, October 1, 2012.

Arguments for three cases will be heard in the Patrick F. McCartan Courtroom, Eck Hall of Law, from 1 p.m. to 3 p.m. A live, closed circuit feed will also be broadcast in Room 1130, Eck Hall of Law. Presiding judges and case attorneys will be available after arguments for Q & A with law students. A reception for the judges, to which all law students and faculty are invited, will follow in Eck Commons..

Appeal of a Title VII judgment from the Southern District of Indiana against African American police officers and firefighters who allege that the promotion processes for public safety personnel in Indianapolis and Marion County are racially discriminatory. The appeal challenges both the final judgment for defendants and interim orders on summary judgment and a motion to amend the complaint.

Appeal of a sentence imposed in the Northern District of Indiana following the defendant’s guilty plea on multiple child pornography charges. The sentence includes both restitution and 30 years of incarceration. The Court has granted leave for an attorney for the victims to participate as an intervenor in oral arguments.

Appeal of a grant of summary judgment for the defendant in a Title VII case involving alleged religious discrimination. The plaintiff, a part-time Baptist pastor, claims his employment with a financial services company was improperly terminated because he refused to relinquish his position as pastor.