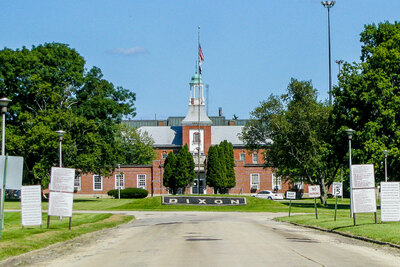 Notre Dame, IN — A Rastafarian man’s right to practice his religion was suppressed by state officials while he was being held in an Illinois correctional facility. His case underscores the importance of religious freedom laws being interpreted to provide sufficient remedies to protect the rights of religious minority groups in prison.

The Notre Dame Religious Liberty Clinic filed an amicus brief in the Seventh Circuit Court of Appeals case Walker v. Baldwin yesterday, representing Bruderhof, Sikh, and Muslim groups. The brief asserts that monetary damages should be considered “appropriate relief” under the Religious Land Use and Institutionalized Persons Act (RLUIPA). In Walker, plaintiff Thomas Walker, a devout Rastafarian, had his religious rights stripped away by state officials when he was forced to cut his dreadlocks in violation of his sincerely held religious beliefs under threat of disciplinary action. Walker has since been released from prison and is seeking monetary damages against the state officials who threatened his religious rights.

Religious Liberty Clinic Legal Fellow Francesca Matozzo stated, “The ability to receive monetary damages for past harms is vitally important for religious prisoners, especially those of minority faiths, like Mr. Walker. Without the ability to receive damages, there is often no recourse for a Sikh who is forced to shave his beard, a Muslim who is required to starve during Ramadan rather than receive meals at the right time of day, or a Jewish prisoner who is denied kosher meals.”

Walker began growing dreadlocks in 2013 after taking the Nazarite vow of separation, thus committing himself to never drink alcohol, never eat meat or dairy, and never cut his hair. In 2018 he was incarcerated at Stateville Northern Reception Center, where he was permitted to keep his dreadlocks. In early April 2018 he was transferred to Dixon and registered in the prison system’s online database as a practicing Rastafarian. He kept his dreadlocks for the first six weeks with no incident.

On May 25, 2018 a corrections officer informed Walker that his dreadlocks had to be removed for “security” reasons. Despite telling the officer that cutting his hair would violate his religious beliefs by “sever[ing] [his] physical connection to Jah [(God)],” Walker ultimately had to relent and allow the prison barber to sever his dreadlocks or else face severe disciplinary action and the forcible removal of his dreadlocks.

“Being able to seek damages is vital to provide relief to injured persons, but even beyond the immediate question of justice, damages allow courts to provide greater oversight of prisons,” said Joseph Graziano, a 3L student in his second year of work with the Clinic who assisted with the brief. “Without damages, courts are severely limited in their capacity to provide guidance to prison officials, and, as a result, the same abuses to religions happen again and again throughout different prison systems.”

The Clinic’s brief makes a case for the importance of providing robust relief to vulnerable religious minorities in prison.

Stephanie Barclay, director of Notre Dame’s Religious Liberty Initiative said, “Religious minorities are particularly susceptible to infringements of their religious practice in prisons. Prison officials are less likely to be aware of the needs of religious minority groups, may be less motivated to dedicate resources to accommodate religious requests that come up less often, and may even be hostile to or skeptical of these beliefs and religious groups.”

“In addition to the general highly problematic issues of our incarceration system, Muslims face the unique issue of denial of religious accommodations,” said Reem Subei, Senior Staff Attorney with Muslim Advocates. “In 2019, we released a report documenting the size of the American Muslim population in state prisons and the many ways their basic religious freedoms are needlessly denied. Muslim Advocates is committed to helping all incarcerated people achieve the accommodations they deserve. Especially because most RLUIPA cases in the institutional context are filed by imprisoned persons filing pro se, part of achieving this goal is by establishing monetary damages under RLUIPA.”

John Huleatt, General Counsel at the Bruderhof added, “People at every level of government must respect the sincere religious practices of people of all faiths, whether popular or little known. Holding officials to account is especially important for believers who lack the numbers or political connections to easily secure their rights. Religious freedom is fundamental to society and to human dignity; it's too precious to be protected only for powerful majorities.”

The amicus brief was filed on behalf of the Sikh Coalition, a nonprofit organization dedicated to ensuring that members of the Sikh community are able to practice their faith; Bruderhof Communities, an intentional community of Christians who suffered persecution for their conscientious objection in Nazi Germany; Muslim Advocates, a national legal advocacy organization that seeks to secure civil liberties for Muslims and members of all faiths; and CLEAR (“Creating Law Enforcement Accountability and Responsibility”), a project at City University of New York School of Law that protects Muslim and all other communities in the New York City area that are targeted by law enforcement under the guise of national security and counterterrorism.

Notre Dame students Daisy An, Huan Nguyen, and Andrew Scarafile joined Joseph Graziano in contributing to the brief alongside Matozzo and Barclay.

“It was eye opening to learn about how often prisons violate the religious rights of prisoners, especially when it comes to less well-known faiths,” said Daisy An, a 3L student based in London in her first year of work with the Clinic. “This case is particularly salient as the district court itself expressed strongly its objections to the prison’s actions and yet held that Mr. Walker was entitled to no relief. I’m thankful for the opportunity to learn about such an important issue and hope that the proper relief is provided to Mr. Walker and the thousands of other religious minorities who have suffered clear injuries with no recourse.”