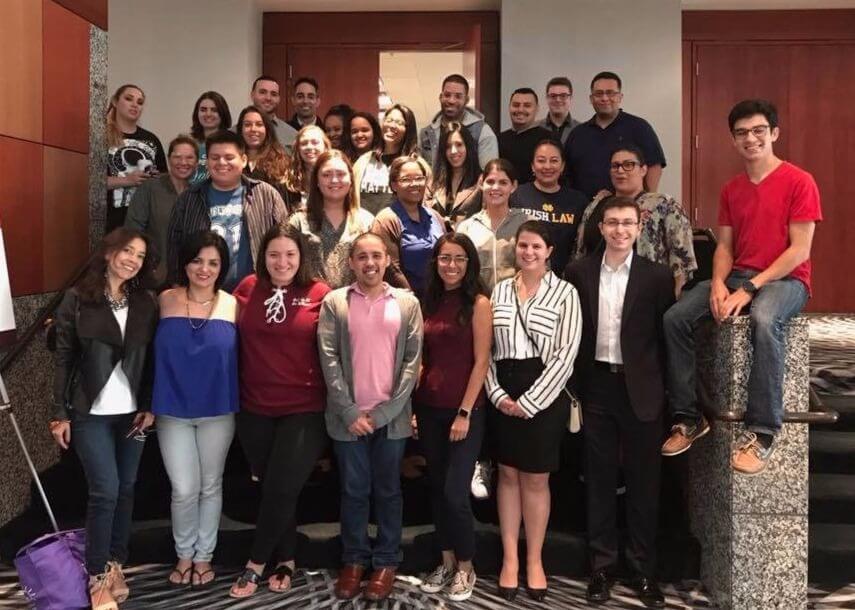 3L Veronica Canton, second row, third in from left in “Irish Law” shirt, is pictured with other student volunteers at the recent national conference for the Hispanic National Bar Association. Canton was sworn in as the national president of the student division at the conference.

The Law Students Division of the Hispanic National Bar Association has new leadership with ties to Notre Dame Law School.

Notre Dame Law 3L Veronica Canton was sworn in as national president of the organization’s law student division in early September, and she now leads the group that has given her and other Hispanic law students many resources, she said.

“I felt that I’ve received so much from the organization,” Canton said. “I wanted to help the organization in guiding resources to students because there was such a positive impact on my life.”

The HNBA was formed in 1972 to represent the legal interests of Hispanic legal professionals and the millions of Americans with Hispanic heritage. The student division in particular focuses on providing opportunities for Hispanic law students through activities and programs around skills development, job placement, and networking.

“The continuing education classes are amazing, the opportunities to network are many, and the overall experience is well-rounded,” Canton said.

She credited the organization for her professional connections across the country.

“We are told by our professors and other professionals that you have to network, that you get out of it what you put into it. Well, the HNBA is not just another professional organization,” she explained. “It’s really a family. The personal relationships you make through this network are lifelong.” 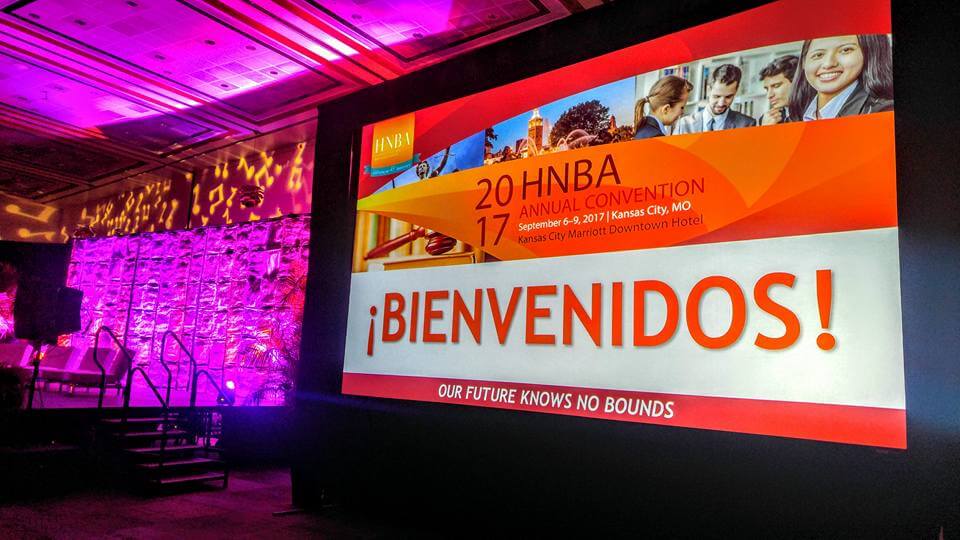 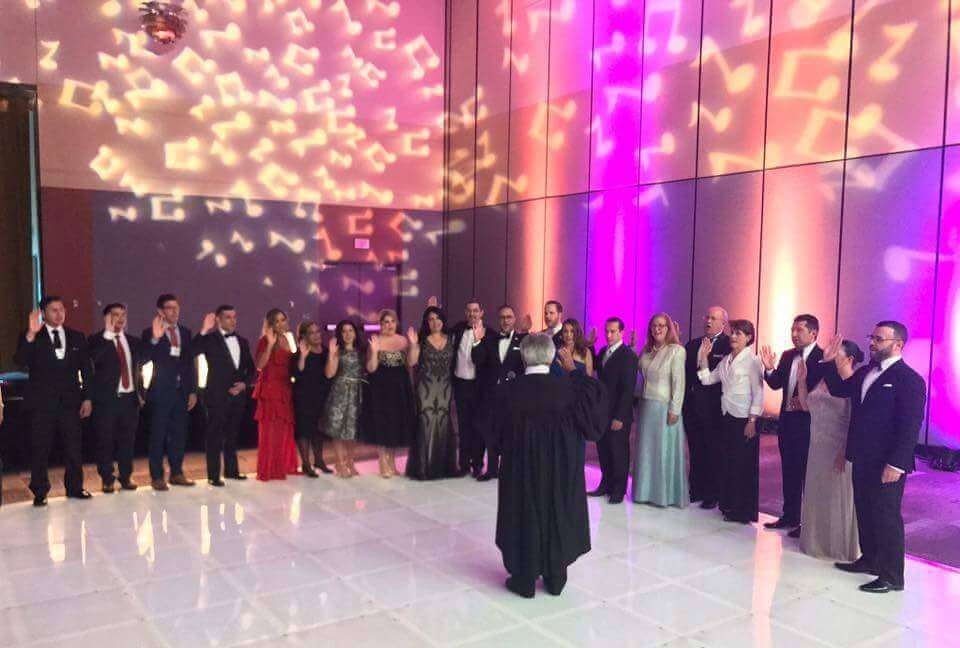 The swearing-in ceremony for the 2017 HNBA Board.