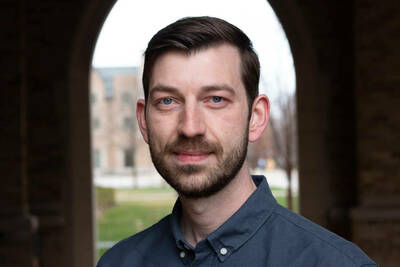 Christian Sheckler joined the clinic in March 2022. Sheckler’s role at the clinic will include locating and interviewing witnesses in wrongful conviction cases, as well as reviewing case files and gathering other evidence to prove client innocence.

“Christian is a great addition to the Exoneration Justice Clinic team. He is one of the most highly regarded and respected investigative journalists in the state of Indiana,” said Notre Dame Law Professor Jimmy Gurulé, director of the Exoneration Justice Clinic. “Working as a full-time investigator for the clinic, Christian will enable us to expeditiously complete our investigations and move our cases into court to prove our clients’ innocence and overturn their wrongful convictions.”

Sheckler said, “I am thrilled to join the dedicated team at the Exoneration Justice Clinic and contribute to the mission of reversing miscarriages of justice. I look forward to a tenacious pursuit of the critical evidence that will establish our clients’ innocence.”

Prior to his time at the clinic, Sheckler was a reporter with the South Bend Tribune.

His reporting in collaboration with ProPublica ultimately led to the resignation of the chief of the Elkhart Police Department, as well as the indictment of two police officers on federal civil rights charges and further resulted in an outside review of the department for police misconduct. Sheckler and his colleague at ProPublica were also finalists for the prestigious Goldsmith Prize for Investigative Reporting presented by the Shorenstein Center on Media, Politics and Public Policy at the Harvard Kennedy School.

The clinic was able to create the investigator position thanks to a generous grant from the U.S. Department of Justice’s Bureau of Justice Assistance.