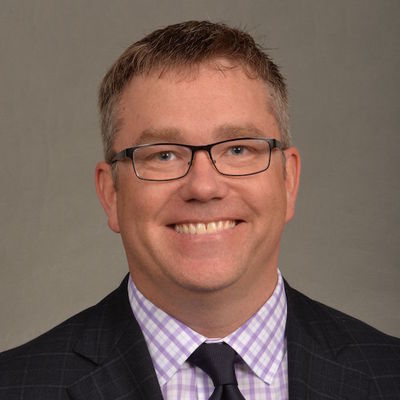 “I’m honored to be named a Murphy Chair, and I’m grateful to the Murphy Foundation for its support of the Law School and my research in particular,” he said.

“This recognition is richly deserved for one of Notre Dame’s most influential scholars," said Nell Jessup Newton, Joseph A. Matson Dean and Professor of Law. "Mark McKenna is also a superb teacher and a driving force behind the spectacular success of the Law School’s intellectual property and technology programs.”

The appointment is named for John P. Murphy, a 1912 graduate of the University of Notre Dame, where he earned a bachelor of laws degree. He practiced in Minnesota and Montana before joining the Army Air Corps during World War I, serving as special counsel. After the war, Murphy moved to Cleveland to continue his legal career. He was awarded an honorary doctorate of law in 1952. Murphy retired as CEO of Higbee’s department store in 1967. He died in 1969.

The endowment was gifted to the University of Notre Dame in 1998 to both the Law School and Theology Department. It is the single largest donation from the foundation.