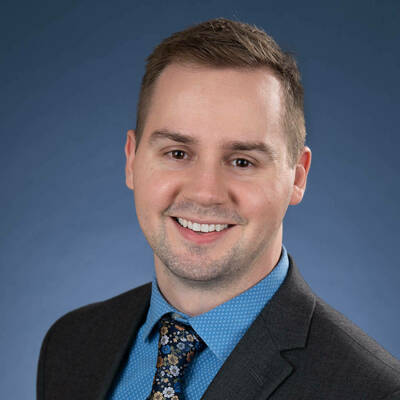 Mark Anliker ’21 J.D. is pursuing his calling as a public defender — and doing his part to improve the criminal justice system — after earning a highly regarded Gideon’s Promise Fellowship.

Anliker began work this fall as a Gideon’s Promise Fellow at the Hamilton County Public Defender’s office in Cincinnati. Gideon’s Promise is a nonprofit organization dedicated to transforming the criminal justice system by improving the quality of legal representation for low-income individuals.

The Gideon’s Promise model is built on client-centered representation, and it seeks to change the culture of the public defense system in America.

“The model teaches new lawyers how not to be cogs in the criminal legal system’s conveyor belt of mass incarceration, but to be zealous advocates, subversive and disruptive to the system,” Anliker said.

“We apply this model because every client deserves the best legal representation they can receive within the bounds of ethical lawyering,” he said. “A client who pays a fortune for their lawyer would expect no less. So, too, should the client who cannot pay a penny for their lawyer. These are some of the fundamentals of Gideon’s model.”

As a new attorney, Anliker is currently representing 50 clients. He will eventually take on as many as 90 cases.

The art of listening is at the heart of client-centered representation, Anliker said.

“Every day, I learn more about the importance of listening carefully to what my clients have to say. I do not judge them. Nor do I supplant my value judgments for theirs,” he said. “Doing this work makes me into a better attorney, and probably a better person too.”

Notre Dame Law School is sponsoring Anliker for the one-year postgraduate fellowship through the Law School Partnership Project. At the conclusion of the year, Anliker will be hired by the Hamilton County Public Defender’s office. Fellows commit to working for the office that hosted them for at least three years. Gideon’s Promise provides ongoing professional training from public defense leaders and advocates across the country.

“Because of the generosity of Notre Dame Law School and its support for the Gideon’s Promise Fellowship, I get to devote my time and effort to a career that has meaning,” said Anliker.

As a law student, Anliker served as treasurer of the Notre Dame Exoneration Project, a student group that works to raise awareness about wrongful convictions and supports the Law School’s Exoneration Justice Clinic in its mission to free innocent individuals who have been convicted of crimes they did not commit.