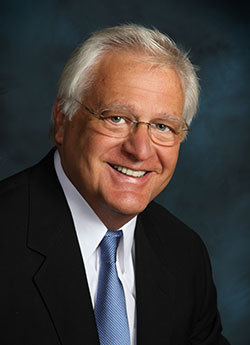 It is with a heavy heart that the Law School announces the death of Bob Wilczek, J.D. ’68, who passed away on January 8, his 70th birthday.

After receiving his B.A. from the University of Dayton, Bob enrolled at NDLS. Upon his graduation in 1968 he joined the Chicago firm of Gardner Carton & Douglas. Subsequently, he served as a Captain in the U.S. Army in Vietnam, as a combat intelligence and infantry advisor to local and regional infantry forces. He served our country with valor and was awarded two Bronze Stars.

Bob rejoined Gardner Carton & Douglas in 1971 and became a partner in GCD’s Corporate Department in 1976.

In the course of an outstanding career at Gardner Carton & Douglas and its successor firm, Drinker Biddle & Reath, Bob took the lead in structuring and negotiating more than 200 domestic and international mergers, acquisitions, dispositions, and joint ventures in a broad range of industries. He served as principal outside counsel in the U.S. to a number of foreign-based public and private companies and served on their U.S. Boards of Directors. He served in many leadership positions with Gardner Carton & Douglas, including serving on its Management Committee for 17 years. He was asked by his partners, and agreed, to serve as Chairman of GCD’s Management Committee on two separate occasions, in 1994 and 1995 and from 2001-2003. While serving of counsel at Drinker Biddle & Reath, Bob earned a Master of Liberal Arts degree from the University of Chicago in 2011.

Gardner Carton & Douglas conferred upon Bob the firm’s highest award for civic service, the James H. Douglas, Jr., Award, in recognition of his “service to the community and the nation through government service and participation in community, education, artistic and charitable activities.” In addition to his long service to Notre Dame Law School through the Law Council and membership in the Order of St. Thomas More, Bob was a trustee and great supporter of his high school, St. Patrick High School, and he served as a trustee of the Chicago Cultural Foundation.

Bob’s life exemplifies what Notre Dame Law School means by a “different kind of lawyer.” He was deeply good and wise, among the best of the best with regard to his technical expertise while equally respected for his unerring ethical compass, great service to clients, and selfless mentoring of young attorneys. He will be greatly missed by all who knew him. We extend our deepest sympathies to his beloved wife, Shirley Pfenning, and his family.

A memorial service will be held on Friday, January 24, at The Alice Millar Chapel, 1870 Sheridan Road on the Northwestern University campus in Evanston, Ill. The chapel is reserved from 10:30-12:30 that day, and the service will begin at 11:00 a.m. A private burial service will be held at Cedar Grove Cemetery, here on campus at Notre Dame, later this year. In lieu of flowers, donations can be made in Bob’s memory to The Chicago Food Depository (www.chicagofoodbank.org) or St. Patrick’s High School (5900 W. Belmont St., Chicago, IL 60634). For additional details, feel free to contact Julie Shook, in my office.