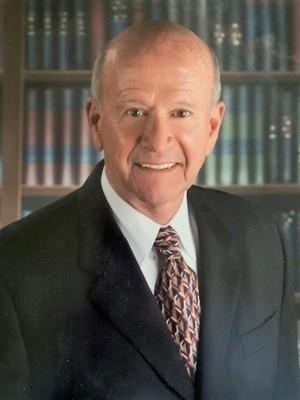 It is with deep regret that Notre Dame Law School announces the passing of longtime Law School Advisory Council member Robert Gaynor Berry, ’63 J.D., who died on April 23 at his home in Reno, Nevada.

Bob was born on February 13, 1936, to Margaret and William Berry in White Plains, New York. After graduating from Stamford High School in Stamford, Connecticut, he enlisted in the Navy, where he met his future wife Anna Mae Evasovic, of Ruth, Nevada.

Bob and Anna Mae married and settled in Reno, Nevada, where Bob worked as the maitre d' of the Golden Rooster Room at the Nugget and graduated from the University of Nevada.

Following his graduation from Notre Dame Law School in 1963, Bob’s legal career included serving as Washoe County Assistant District Attorney and becoming a founding partner of the Carson City law firm of Laxalt, Berry & Allison. He also trained as a mediator at Harvard University, served as a Nevada Supreme Court Settlement Judge, and was instrumental in forming the Nevada Supreme Court’s Settlement Program, which continues to help reduce the court’s caseload.

In addition to practicing law, Bob was a successful entrepreneur and businessman who built the Nevada Crossing Casino in Wendover, Nevada, and was an owner of Barney's Casino and the South Tahoe Nugget in South Lake Tahoe.