By Dean Nell Jessup Newton and Professor and Former Dean Patricia A. O’Hara 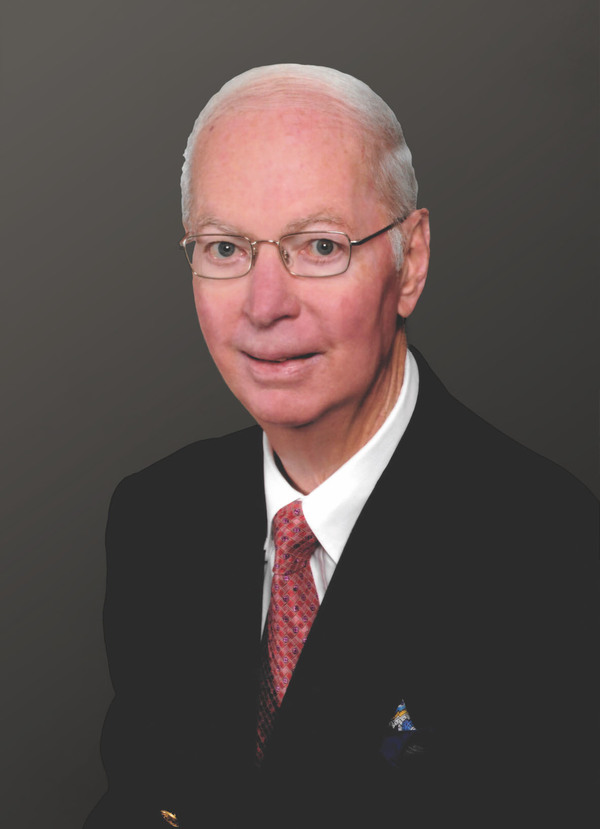 We are very sorry to report that Robert “Bob” Winfred Cox, a Double Domer and longtime member of the Law School Advisory Council, passed away March 5 in Phoenix, Arizona. Bob earned his B.S. cum laude from Notre Dame in 1959 and his J.D. in 1962. He was a partner in Baker McKenzie’s New York and Chicago offices from 1969 to 1994, the firm’s managing partner from 1984 to 1992, and chairman emeritus since 1994. Bob served as a director of numerous organizations, including Carey International Inc., Hon Industries Inc., and House2Home Inc. He was chair emeritus of the Scottsdale Healthcare Corporation and a member of the Notre Dame Club of Phoenix and the Knights of Malta.

When Bob gave his heart to a person or to an institution, he gave it fully and without reservation. During his 25 years at Baker McKenzie – especially during his eight years as chair – he helped shape the firm into a global power, while still managing to sustain a sense of community and a spirit of democracy within its ranks. His moral compass was as strong as his business acumen, and he was once described by the Chicago Tribune as “a refreshingly candid sort in the corporate law world.”

A pioneer in law-firm management, he was one of the first to recognize the value of having a full-time managing partner. His decision to give up his regular law practice to concentrate on firm management proved crucial to the firm’s successful expansion around the globe.

Bob’s 35 years of service on the Law School Advisory Council, including 11 years as chair, rank among the longest tenures across all councils of the University. During our respective deanships, we benefited tremendously from his mentorship, and both of us formed a deep affection for this extraordinary man. He loved the Law School and was unfailingly supportive and upbeat, even during difficult times. After his service as chair ended, he remained on the Council and continued to teach all of us how to live with courage, determination, and resilience in the face of serious health issues.

Bob saved the deepest part of his heart, however, for his wife Pat, his son Robert, ’85 B.A., and daughter-in-law Maria; daughter Mary Pat; daughter Christine Murray and son-in-law Paul; son Michael, ’92 B.A., ’12 MBA, and daughter-in-law Brenda Hull, and his 10 grandchildren. A loyal son of Notre Dame, he was a giant in our profession, but of equal importance to us, a giant in our community and in the hearts of his family. We will miss him sorely.

A memorial service will be held at 10 a.m. on April 13 at the Conventual Church of Our Lady of the Angels at the Franciscan Renewal Center, 5802 E. Lincoln Drive, Paradise Valley, Arizona. In lieu of flowers, the family requests that contributions be made to Hospice of the Valley Fund Development, 1510 E. Flower Street, Phoenix, AZ 85014.