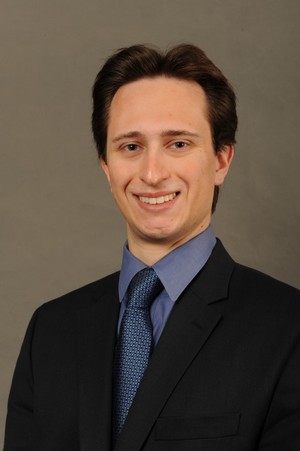 The College of Labor and Employment Lawyers recently announced Ian Poulos, ’16 J.D., as the third place winner of their national legal writing competition.

“I have dedicated my entire academic career — both undergraduate and graduate — to the study of the American workplace,” Poulos said. “It is a truly special feeling to see my work recognized like this.”

“Ian was fully engaged with interesting labor and employment legal issues, and demonstrated diligence and insight,” said Notre Dame Law School Professor Barbara Fick, who was one of Poulos’ mentors through the process. “He has an excellent grasp of the principles and problems which arise in this area of the law."

As an undergraduate student, Poulos participated in the Legal Education Accelerated Program that combined his last year of undergrad with his first year of law school. After earning his bachelor’s degree in labor studies and economics, he transferred to Notre Dame Law School.

Poulos’ paper, “Putting it Bluntly: The Controlled Substances Act Preempts Workers’ Compensation Laws that Require Insurers and Self-Insurers To Pay For Your Weed,” earned $500.00, which he says he will apply toward his student loans.