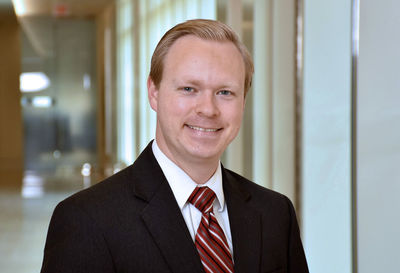 G. Ryan Snyder '12 J.D. has been invited to join the Stanford Constitutional Law Center as a research fellow. He will start his fellowship in August 2020.

After graduating from Notre Dame Law School, Snyder clerked for Judge Raymond M. Kethledge of the U.S. Court of Appeals for the Sixth Circuit, and then at the U.S. Supreme Court for Chief Justice John G. Roberts. He also served as a Bristow Fellow in the Office of the Solicitor General, where he briefed and argued an appeal in the U.S. Court of Appeals for the Seventh Circuit, assisted with numerous cases before the U.S. Supreme Court at the certiorari and merits stages, and advised the Solicitor General regarding appeals in the lower federal courts.