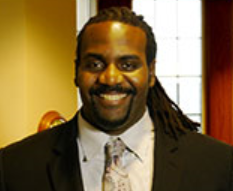 In 2010, Chris Stewart was the only law student playing major college football. Five years later, after an abbreviated run at the NFL, Stewart earned his Notre Dame law degree and began his pursuit of a career in business law, which originally took him to New York, then Los Angeles, and now back to New York where he is an associate at the international law firm of White & Case. Read more about his journey in the Irish Illustrated.com article, “Chris Stewart: The Long Arm of (Notre Dame) Law”.