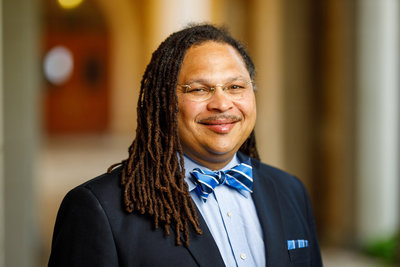 Over the past several days, I have received numerous messages of care and support from friends, neighbors, and acquaintances, each of whom simply wanted to express their concern for how I might be feeling in the wake of the murder of George Floyd. For many, I am perhaps one of the only African-American men in their social or business circles. Others, especially those who know me well, are cognizant of my own personal experiences with racial violence. Their expressions of love and support are rooted in the fact that the circumstances surrounding the deaths of George Floyd and Ahmaud Arbery are strikingly similar to my own accounts of an attack on my father over fifty years ago, one I witnessed as a little boy. What my friends may not know, but surely suspect, is that each report of racial violence at the hands of a police officer or group of men brings to the surface the vivid memories of that terrible night.

On a hot summer Friday evening, my little sister asked my parents for strawberries. We lived in a predominantly Orthodox Jewish neighborhood in Pittsburgh, Pennsylvania, and so all of the stores were closed. But my sister wanted strawberries, and my father wanted to get them for her. So, he loaded me, my sister, and my baby brother into the back seat of our car, and drove to another neighborhood to get strawberries. As we returned home, my father noticed that we were being followed by another car. Suddenly, that other car swerved in front of us and stopped, forcing our car to halt at the curb. In an instant, three white men, all in their twenties, jumped out of their car and rushed to ours. They dragged my father out of the car, and began to beat him with tire irons, a crow bar, and a baseball bat. They did this in full view of his three little children. When neighbors came out, the three men jumped back into their car and sped off, leaving my father for dead on the hood of our car. I can still see his hand reaching for me against the windshield covered with his blood.

While my father survived that night, he lived the rest of his life with a surgically reconstructed eye socket, complete with a plate in his face that set off metal detectors. But his were not the only scars that those men left. If it were not for our neighbors, I often wonder whether my little sister, baby brother and I would have survived that night. I often think about my failure to remember the license plate number when asked by the police. And while I can still see the taillights of the car through that bloody windshield, I know that those men will never have to answer for what they did to us. At least not in this life.

It would be one thing if I could have been assured then, or even now, that such a thing could never happen again. My own experience proves that it can.

As an African-American man, I have had the experience of being pulled over by a police officer, with no apparent or expressed reason for the stop. I have been berated and verbally abused, without receiving a ticket or a warning. The most scarring of these events occurred in front of my two little boys, who are now grown, African-American men themselves. The police officer was intent on nothing more than humiliating and emasculating me in front of my small children, hoping to provoke me to respond. At that moment, I remember thinking that the most important thing I could do for my sons was to survive the encounter. Still, I have often thought about what lasting scars may have cut into their psyche by watching what that officer did to me that night. I often wonder what my sons think of me, as a man, and as their protector, knowing that I could not fight back.

Yes, I am alive, and George Floyd is dead. I can breathe; he cannot. But just because a police officer did not murder me or my children does not mean that he did not harm us.

Like many African-American men, my experiences are far too common. While they have never left me, these memories are all too frequently brought back to the surface by watching the videos that have become routine on American televisions and mobile telephones. The callous murders of unarmed men like Ahmaud Arbery and George Floyd are real for me. That could have been my father. That could have been me. That could be either one of my sons. And in a very real sense, like many other African-American men, I am George Floyd. Except, I can breathe. And I can do something. I must do something.

While my education and position do not grant me immunity from racial violence, they do place me in a position to do something about it.

I am a lawyer, a law professor, and Dean of one of the nation’s leading law schools. As the Dean of Notre Dame Law School, I have a special allegiance to the legacy of Father Theodore Hesburgh. In addition to his role as the longtime President of the University of Notre Dame, Father Hesburgh was the Chair of the United States Commission on Civil Rights. When his stance for social justice caused President Richard Nixon to demand his resignation from the Commission, Father Hesburgh continued his efforts by founding the Center for Civil Rights at Notre Dame Law School. Early in its existence, the Center broadened its advocacy to International Human Rights. Today, Notre Dame Law School equips lawyers from all around the world with the training and tools they need to fight for human rights. The murder of George Floyd has shown us that we must also cast our gaze closer to home.

It is urgent that we recognize that human rights are under threat all around the world, including here in the United States. This reality must be acknowledged, and addressed. To do so, I want to restore Father Hesburgh’s original vision for Notre Dame Law School by taking three steps.

First, I will work with my faculty colleagues at Notre Dame to restore Father Hesburgh’s vision for our Master of Laws in Human Rights. This program will continue to train lawyers from around the world, and also lawyers interested in advancing the fight for human rights here in the United States. We will fully fund students selected to train at Notre Dame Law School for a career defending civil and human rights in the United States, in the same way that we do for those training to defend human rights in other countries.

Second, I will work with Notre Dame faculty, alumni, and benefactors to fully fund fellowships for, and actively recruit, exceptional applicants for our Juris Doctor program committed to the cause of civil rights. Our goal will be to provide Notre Dame lawyers for every community in this country to stand vigilant against violations of civil and human rights, wherever those threats might arise.

Third, I will ask the Notre Dame Law School faculty to establish a new Exoneration Law Clinic, aimed at releasing from the criminal justice system those who are victims of prosecutorial or police misconduct. We will return fathers and mothers to their sons and daughters, particularly when their only “crime” was to be born the wrong color.

These are things that I, in my position, can do. But it is not enough. I cannot do this alone. Each of us must do what we can, wherever we are.

One thing that each and every one of us can do is to end the cycle of hate by ending the separation that leads to it. This racial separation and violence will not end until we stop waiting for African-Americans to enter our circles. Each of us needs to get to know people who differ from us. We must all make a conscious decision and effort to expand our circles.