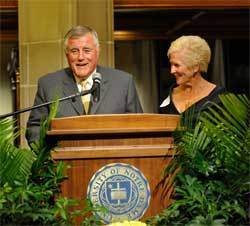 Notre Dame Law School’s completely renovated Biolchini Hall of Law was dedicated on Friday October 8. Fr. John Jenkins blessed the building after a mass of celebration in the Basilica.

The Hall is named in honor of the Biolchini family. A $15 million gift from Robert and his wife Fran — and a number of additional gifts from other generous benefactors — made the renovation possible.

A private reception and dinner was held for all the benefactors after the ceremonies. Among the honored guests and speakers was Associate Justice Samuel Anthony Alito, Jr. 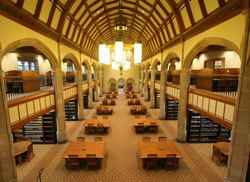 The Biolchinis’ gift is a component of the $1.5 billion Spirit of Notre Dame capital campaign —the largest such endeavor in the history of Catholic higher education. The Biolchinis previously endowed The Biolchini Family Chair in Law, which is currently held by the philosopher John Finnis, and the Erma V. Biolchini Endowed Scholarship Fund, honoring Robert’s mother. 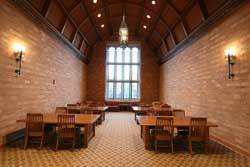 Robert Biolchini graduated from Notre Dame in 1962 with a Bachelor of Arts degree. He received his LLB in 1965 from George Washington University and is a partner with the Tulsa, Oklahoma, law firm of Stuart, Biolchini & Turner. 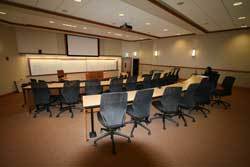 Fran Biolchini, a graduate of Trinity College, is active in numerous Tulsa community organizations, including the Girl Scouts, the Gilcrease Museum, Catholic Charities, and other civic and charitable projects.

The Biolchinis dedicated The Biolchini Hall of Law “to their six children and to all those who study here, seeking God’s Justice through Faith and the Rule of Law.”