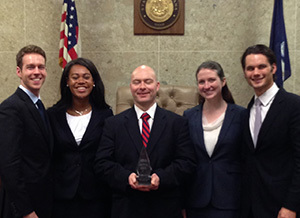 This year, the team’s unanimous victories continued at Nationals. Between Regional and National competitions, the team scored an 11-0 decision.