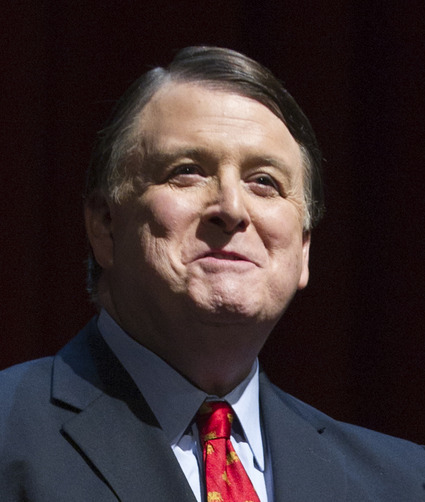 In 1985 at the age of 38, Gov. Robert D. Orr appointed Shepard to the Indiana Supreme Court. In 1995, while serving as Chief Justice, Shepard also earned an LL.M. from the University of Virginia Law School.

Shepard was Judge of the Vanderburgh Superior Court from 1980 until his appointment. He previously held the position as executive assistant to Mayor Russell Lloyd of Evansville and as special assistant to the Under Secretary of the U.S. Department of Transportation.

Since leaving the Court, Shepard has served as a senior judge in the Indiana Court of Appeals and as executive in residence at Indiana University’s Public Policy Institute. He now chairs the American Bar Association Task Force on the Future of Legal Education and has become a director of Old National Bancorp.

What drew you to the legal profession?
For much of my life, I’ve been interested in public events and civic life, including the impact of government decisions. The early advice was that being a lawyer was helpful on the path to “being in the arena,” as Teddy Roosevelt put it. This has turned out to be true.

What do you think are the greatest challenges facing young lawyers?
There are millions of citizens who need legal help but cannot afford it. That’s both troubling and ironic at a moment when many newly-minted lawyers are struggling to find employment. Our profession’s challenge is to continue finding ways to make legal education affordable and to be inventive about how we practice. I’m hopeful we can do both.

What is an example of one of the hardest choices that you recall making as a judge?
Although I participated in scores of capital cases as Chief Justice, the hardest choices I can remember occurred in cases involving termination of parental rights when I was a trial judge. In one case, a mother and father had neglected their children to the point of malnutrition and serious illnesses. Even with caseworker assistance, they couldn’t get the job done, partly due to outright neglect of duty, and partly due to diminished mental capacity. Even though they earnestly wanted to continue being parents, I decided that those children deserved a chance in life, and I terminated the parental rights. I later learned, by chance, that the children ultimately thrived under the care of foster parents who adopted them. The lesson for a judge: there are days when every participant in the case genuinely pulls at your heart.

What qualities do you need to have to leave a mark on the legal profession?
I think the lawyers who leave a mark on the profession are those who focus mightily on the needs of their clients, but also commit some time to the big picture of society’s interest in effective rule of law, writ large. Helping our clients achieve the best results possible in difficult situations comes first, but joining with our fellow lawyers and with bar associations and other public actors in reforming the system is also a part of being a good lawyer.

What piece of advice do you wish you had gotten as a young person interested in the law?
Best advice I actually did hear: Great results occur when you work to be well prepared and then something happens that you never expected. There are many fulfilling roles for lawyers, and one of those may be one you’ve not yet imagined.