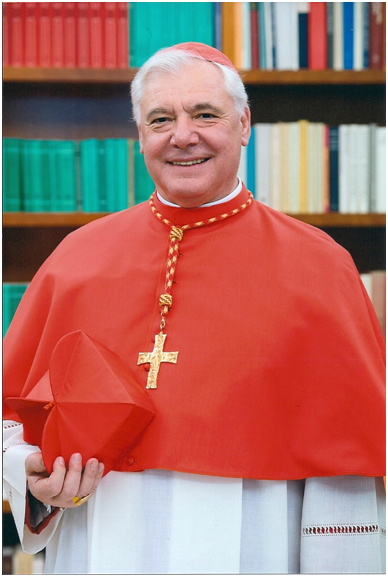 Cardinal Gerhard Müller is the former Prefect of the Congregation of the Doctrine of the Faith. He has written more than 600 works on topics of theology and the Catholic Church and is the editor of the 16-volume The Complete Works of Joseph Ratzinger: Pope Benedict XVI. He will speak on the pope's role in protecting human dignity as part of his tour promoting his new book, The Pope: His Mission and His Task, and copies of his book will be available for purchase at the event.

This event is hosted by the Religious Liberty Initiative.