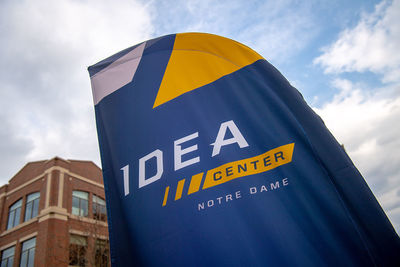 The benefits of entrepreneurship are well documented. Startups are responsible for nearly all job growth in the United States, experience growth rates substantially higher than other businesses, can help eliminate poverty and have an outsized impact on overall economic productivity and GDP. Despite this, entrepreneurship and venture capital have been largely closed to minorities, with African Americans being impacted particularly hard.

African Americans make up approximately 13 percent of the U.S. population yet only 2.2 percent of small businesses are owned by them. By comparison, whites make up approximately 60 percent of the population but own 82.5 percent of all businesses. Black-owned businesses are also valued eight times lower than white-owned firms and their annual revenue averages nine times less than white-owned businesses. Compounding this is the fact that only one percent of venture capital dollars go to Black entrepreneurs. All of this has helped contribute to our economy's growing inequality.

On Tuesday, June 30th from 1:00 - 2:00 p.m. EST the IDEA Center will host a webinar conversation on how to break down systemic barriers around African American entrepreneurship. More specifically, our panel of speakers will discuss what barriers exist for Black entrepreneurs (and why); what needs to be done to increase Black entrepreneurship; how models of Black entrepreneurship might look different from what traditional models expect; current examples of success; and how Notre Dame, other universities, investors, politicians, and attendees of the webinar can support these efforts now.

This webinar will feature Philip Gaskin, vice president of entrepreneurship at the Ewing Marion Kauffman Foundation; G. Marcus Cole, the Joseph A. Matson Dean and Professor of Law at Notre Dame Law School; Andrew Welters, CEO and partner at 5Lion Ventures; and Bryan Ritchie, the Vice President and Cathy and John Martin Associate Provost for Innovation at Notre Dame.

Previously, Gaskin served as campaign director for national candidates, including Cory Booker for U.S. Senate and President Barack Obama, directing efforts in Pennsylvania for Obama for America. In these roles, he built and scaled grassroots ecosystems of volunteers who delivered historic results, aligning community, city, and state leaders to support policy initiatives.

G. Marcus Cole is the Joseph A. Matson Dean and Professor of Law at Notre Dame Law School.

Dean Cole is a leading scholar of the empirical law and economics of commerce and finance. He was a faculty member at Stanford Law School from 1997 until he came to Notre Dame. At Stanford, he held two endowed chairs and taught courses in the areas of bankruptcy, banking, contracts, and venture capital. In addition, he served for five years as associate dean for curriculum and academic affairs.

Andrew Welters is a venture capitalist with a background in founding, operating, and advising early state healthcare and technology companies. Mr. Welters identifies, funds, and grows companies that improve the human experience and work to close the inherent gaps across industries.

In 2013, he founded BTLR, an advanced, fully customizable concierge service designed to enhance the experience of your most high-value patrons and fans, and drive revenue growth in sports and entertainment venues.

Welters launched 5Lion Ventures in 2014, an early stage venture firm focused on Seed+ and Series A. The firm’s core belief is that “people are business.” Mr. Welters and his team manage a portfolio of companies across the healthcare, technology, software, and communication industries. Through their network, 5Lion has brought strategic relationships to deliver significant growth to their portfolio companies. 5Lion combines vision and execution to solve the issues that others believe are impossible.

A native Washingtonian, Mr. Welters serves on the board of the Washington Jesuit Academy and their development committee. He also serves on the Advisory Council of AnBryce Foundation. Mr. Welters received a B.A. in History from the University of Notre Dame and was later appointed by President Fr. John Jenkins to the advisory council of the IDEA Center, a center for innovation and entrepreneurship. Mr. Welters is a Venture Partner at the venture firm H/L Partners in New York City.

Bryan Ritchie, Ph.D., MBA is vice president and Cathy and John Martin associate provost for innovation at the University of Notre Dame. In this role, Ritchie leads the IDEA Center and coordinates the University’s innovation, commercialization and entrepreneurship programs.