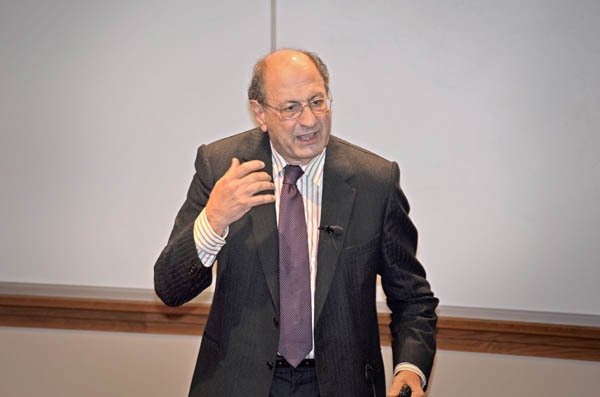 Prof. Zalaquett’s experience with other international human rights organizations includes serving as a member of the Inter-American Commission on Human Rights of the OAS, acting as President of that body from 2003-2004. He has participated in truth commissions and advised governments on issues of justice and reconciliation in Argentina, El Salvador, Peru, Yugoslavia, and Uganda, among many others. In the academic sphere, he teaches at universities in Chile and around the world.

Fr. William Lewers, C.S.C., who passed in 1997 at Holy Cross House, was a member of the Notre Dame board of trustees in addition to being director of The Center for Civil & Human Rights from 1985 to 1997.

Video of this inaugural address in the Lewers Lecture series may be viewed below.

Photos from the evening’s event may be found here.