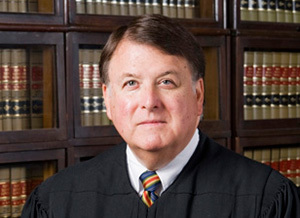 Justice Shepard will deliver remarks, under the auspices of the Clynes Chair Lecture Series, on the subject of, “The Presidential Election and the Judiciary.” Professor A.J. Bellia will serve as interlocutor.

As Justice Shepard points out: “The Presidency and the Judiciary were a very hot topic during the Republican primaries, and for that matter during the 2008 campaign of Barack Obama. For the moment at least, these debates about the courts have largely fallen away. Were those earlier rhetorical engagements just fleeting election-year fluff, now abandoned because they didn’t move the polls, or is there a new battle to be fought in the weeks ahead?”