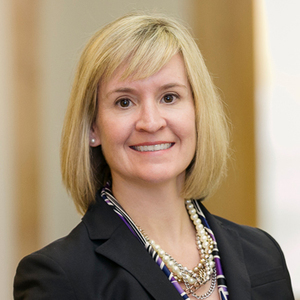 Sue Combs graduated from Notre Dame Law School in 2001. She is a partner at Holland & Hart LLP, where she focuses on commercial litigation and federal income tax controversy. Combs started her law practice in Washington D.C. at Arnold & Porter. She also served as a law clerk on the United States Court of Appeals for the Seventh Circuit for the Honorable Kenneth Ripple, a Notre Dame professor of law. At Holland & Hart, Combs frequently serves as a mentor and representative on the firm’s Women’s Forum, and she previously served as a board member of the Holland & Hart Foundation.

Outside of Holland & Hart, Combs serves on the Wyoming Equal Justice Foundation as Treasurer. She also served as a board member of the local chapter of Rotary and volunteers with the JH Friday Food Project.

During law school, Combs was an Article Editor on the Notre Dame Law Review and a legal writing teaching assistant.

Combs lives in Jackson Hole, Wyoming, with her husband and two kids.

I am honored to be nominated as a candidate for the NDLA Board to represent Region 2. As a Notre Dame lawyer, I have benefitted (and continue to benefit) from alumni’s mentorship at each point of my education and career. My gratitude for this support—and understanding the difference it makes—drives me to give back and connect others to Notre Dame Law School, to promote the law school, and to mentor students as they embark on their future careers.

If elected, I would continue to build on the work of prior NDLA representatives to support career and networking opportunities for prospective and admitted students and to sponsor, plan, and participate in activities that foster solidarity and dedication among NDLA members. I would also work to help the Board adapt to the challenges presented by COVID-19 and to continue fulfilling our purpose of connection. 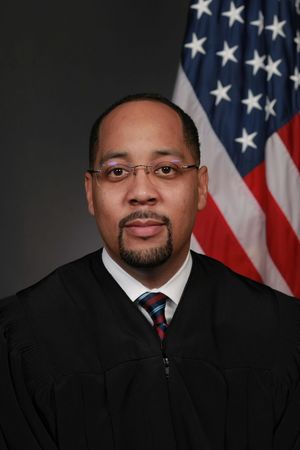 Bernard M. Jones is a United States District Judge for the Western District of Oklahoma. Nominated by President Donald J. Trump on October 17, 2019, Judge Jones was confirmed by the United States Senate on December 19, 2019 and received his commission on December 31, 2019. He previously served as a United States magistrate judge on the same court from July 31, 2015 until his elevation.

Immediately preceding his federal judicial service, Judge Jones was a District Judge for Oklahoma’s Seventh Judicial District where he presided over the Family and Domestic Relations and Civil dockets. Notwithstanding his docket assignments, Judge Jones also exercised oversight of the District’s Drug and Mental Health Court programs and was appointed to the Access to Justice Commission by the Oklahoma Supreme Court.

Judge Jones began his legal career as an associate practicing both commercial and labor and employment law, first at Porter Wright Morris & Arthur, LLP in Columbus, Ohio, and later at the Oklahoma City office of McAfee & Taft. He would later join the administrative faculty of Oklahoma City University School of Law, where he attained the rank of Associate Dean. During his tenure in academia, Judge Jones accepted appointments to serve on the Oklahoma Board on Legislative Compensation as well as the Board of Adjustment for the City of Oklahoma City.

A native Oklahoman, Judge Jones was born and raised in Oklahoma City where he attended Bishop McGuinness Catholic High School. He received a Bachelor of Arts in Political Science from Southern Methodist University and his Juris Doctorate from Notre Dame Law School.

Since graduating from law school, I have been richly blessed with tremendous opportunities, all of which I attribute to my NDLS experience. During my time at the law school, I learned that being a lawyer was more than professional membership or a means of earning a living; it is a vocation of service requiring each of us to use the gifts with which we have been blessed in service of others. This principle has guided every aspect of my personal and professional career and is what guides me as I seek to join the NDLA Board of Directors. I desire to serve our legal community and to do my part to inspire future generations of ND lawyers to do the same.

Fritz Shadley is from Cincinnati, Ohio, and currently works as an Assistant United States Attorney in Miami, Florida. Shadley graduated from Notre Dame with a B.A. in History in 2008, spent the year after graduation teaching English in Orocovis, Puerto Rico, and then graduated from NDLS in 2012. After law school, Shadley worked for a law firm in Chicago called Winston & Strawn, and then clerked in the Northern District of Illinois for Judge John Robert Blakey. As an Assistant United States Attorney, Shadley prosecutes cases involving international organized crime, narco-terrorism, darknet markets, and cross-border money laundering. Shadley is not nearly as serious as his “serious flag picture” makes him look, and – for the sake of full disclosure – his hairline has receded slightly since that picture was taken.

Outside of the office, Shadley serves as an instructor with the Law School’s intensive trial advocacy program, and recently joined the Young Professional Board of Miami’s Riverside House – a non-profit organization that offers residential re-entry programs to assist people making the transition from prison back into the community. Shadley and his wife Kayt live in Miami and are expecting their first child any day now. Shadley found it a bit strange to write this entire section about himself in the third person, and looks forward to the personal statement, where he can switch to a less formal first person narrative.

I have been pestering more experienced Notre Dame lawyers for career advice since I started law school, and I look forward to repaying their many favors by helping the current generation of NDLS students and graduates. One of the greatest benefits of attending Notre Dame Law School is the incredible alumni network. Our graduates work around the world and throughout the country. They work in the public and private sectors, and they are – in my experience – uncommonly willing to help out. I hope to use my time with the NDLA to help our students take advantage of this resource, and to build on the work of prior board members by growing outreach and mentoring, both at the Board level and in our local alumni clubs. Working with the NDLA, we can recruit top-notch candidates to Notre Dame, improve the law school experience, help our students and graduates find fulfilling careers, and maybe even have a little fun while we’re at it. Thanks for your consideration, I’m honored to be nominated, and Go Irish (it’s Our Year, pandemic allowing).