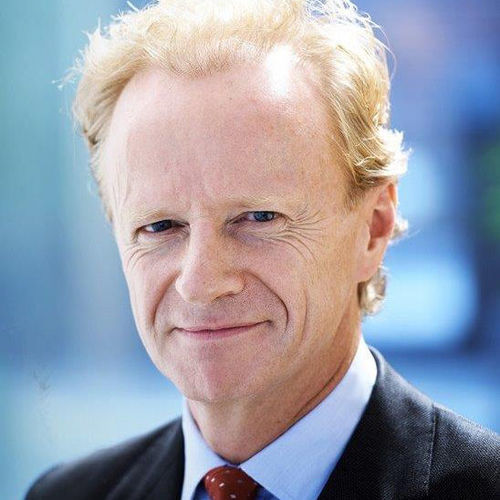 Timothy Otty QC, a Barrister at Blackstone Chambers in London, is widely recognised as a leading practitioner in public international law, state and diplomatic immunity, sanctions law, public law and civil liberties and human rights law and, having practiced principally in commercial law as a junior barrister, has extensive experience of commercial disputes particularly with an international dimension.

In addition to his work at the Bar he is currently the United Kingdom’s representative on the Council of Europe’s European Commission for Democracy through Law, the Venice Commission and a Visiting Professor at Kings College London.

He took silk in 2006 as the youngest in his year, and has, since then enjoyed wide experience as Leading Counsel at all levels of United Kingdom courts, other Commonwealth domestic courts, and a range of international courts and tribunals. He has been Counsel to major constitutional inquiries relating to judicial misconduct in both the Cayman Islands and Gibraltar. He has appeared in more than 40 cases before the European Court of Human Rights and acted in an advisory capacity to United Nations office holders. Among his most significant cases are successful challenges to the death penalty in Turkey, to the denial of habeas corpus rights for detainees at Guantanamo Bay, and to the criminalisation of consensual homosexual conduct in the Commonwealth. He has  appeared in the leading cases at the European Court relating to discrimination (Carson and Others v UK) and the inter-relationship between humanitarian law and human rights law (Hassan v UK).

On the international plane he is currently involved as Counsel in a number of multi-billion dollar investment treaty arbitrations raising important issues of public international law and a series of constitutional cases before foreign courts. He also sits as an arbitrator in international arbitrations. In the European Court of Human Rights he is acting for the Getty Museum in a claim against the Government of Italy and for the Government of Iceland in a case relating to judicial independence and appointments pending before the Grand Chamber as well as a number of cases against Turkey relating to the state of emergency there. In 2019 he acted for amicus curiae in proceedings in the United States Court of Appeals in habeas corpus proceedings against Donald Trump and others relating to continued detentions at Guantanamo Bay.

At the domestic level in 2019 and 2020 he appeared in the Family Division of the High Court, the Court of Appeal and the Supreme Court in proceedings between Sheikh Mohammed of Dubai and Princess Haya of Jordan. In 2019 and 2020 he also acted in the Commercial Court and the Court of Appeal for the Libyan Government of National Accord in a dispute relating to the Libyan Investment Authority and the true identity of the Government of Libya, and for the Government of India in the long running litigation concerning the wealth of the Nizam of Hyderabad. He has appeared in three of the most significant sanctions cases to he heard before UK Courts up to and including the Supreme Court (Bank Mellat v HM Treasury; Bredenkamp v Secretary of State for Foreign and Commonwealth Affairs and Youssef v Secretary of State for Foreign and Commonwealth Affairs) and is currently acting for the Government of Iran in a major sanctions dispute before the Commercial Court. He was also instrumental in the drafting of the United Kingdom's own Magnitsky legislation. He is in addition Lead Counsel for a group of claimants in major multi-party proceedings involving allegations of grave human rights abuses in Tanzania and he has previously acted for and against a range of multinationals involved in the mining industry in similar claims.

Professor Otty participated in "The Story of the War on Terror and the Rule of Law" in November 2020, and discussed his role in litigation before the highest courts in the United States and the United Kingdom in the years following 9/11.