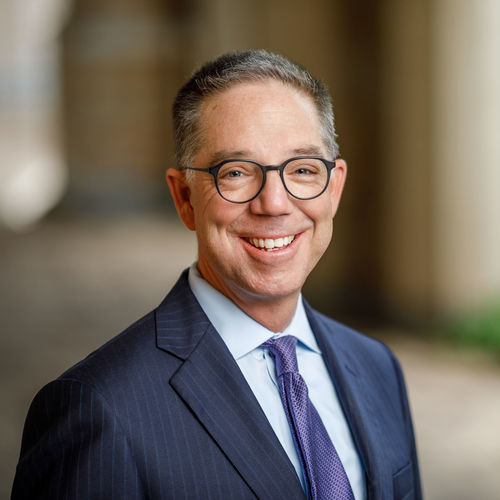 Kevin O’Rear joined the Law School as an adjunct faculty member in 2005 and as a full-time member of the staff in 2011. He has held a variety of roles, and was appointed to his current position as Assistant Dean in 2016.

Dean O'Rear graduated with honors from Notre Dame with a B.A. in economics and history, after which he served as an intelligence officer in the U.S. Air Force. Following his military service, he attended the University of Virginia School of Law, where he was a member of the Virginia Law Review.

Prior to joining the Law School, Dean O’Rear’s legal career included both law firm and in-house experience. He was an associate at Jones Day and partner at Baker & Daniels (now Faegre Baker Daniels), where he practiced labor and employment law. Dean O'Rear was next appointed Vice President and General Counsel of AM General LLC, a multi-billion dollar automotive and defense manufacturer most widely known for production of the HUMVEE military vehicle. As General Counsel he was responsible for all legal affairs of the company, including litigation, compliance, contract negotiations, and a wide variety of other topics.